As many of you know, Facebook and Pinterest are interesting places for some neat, and of course, some strange ideas. With me being somewhat of a Bacon Fanatic (I prefer connoisseur), along with hot sauces, people send me recipes all the time that they think I would like.

You may have seen this Bacon Sushi get shared around lately, so I gave it a go. (I also made a ‘SwineApple’ which I will share another day.

For the Bacon Sushi, which for obvious health reasons, is NOT served raw, you will need a brick of cream cheese, a package of your favorite bacon, some peppers (whatever heat level you like), maybe some scallions, and some BBQ sauce. 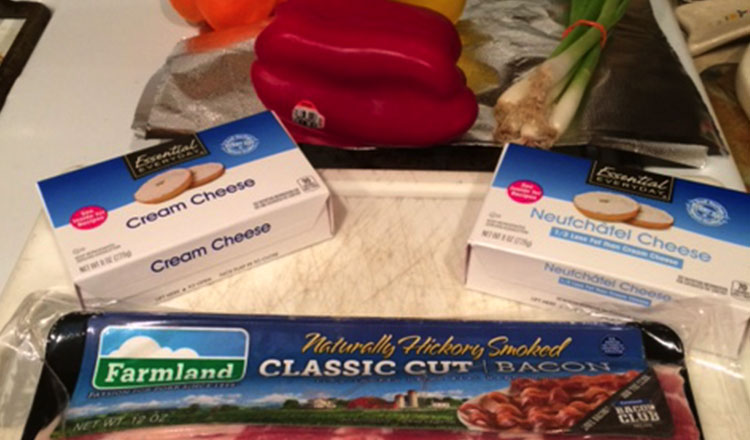 The video I saw, showed a Chef-type guy using a sushi mat to create this work of art. I just used a sheet of tinfoil to wrap my ‘sushi.’ I cut the cream cheese in half, lengthwise, and placed peppers and scallions (not pictured) at one end of the bacon. Drizzle a bit of BBQ sauce on top, then start rolłing. 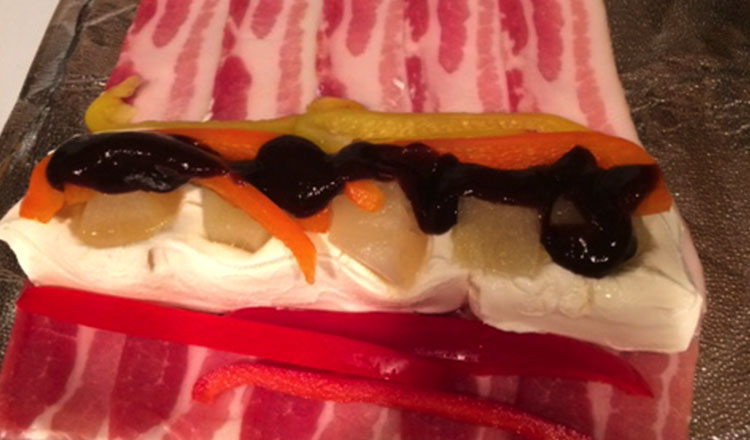 You will want to lay out your bacon strip, overlapping them just a bit, so they cook and tighten up together, since they need to hold in the filling. You will notice I used bell peppers for this trial, as my wife and kids were going to try this with me. With this much cream cheese filling, a much hotter pepper could definitely be used. I might also use my favorite Kilauea Fire Hot BBQ Sauce instead of an off-the-shelf sauce. 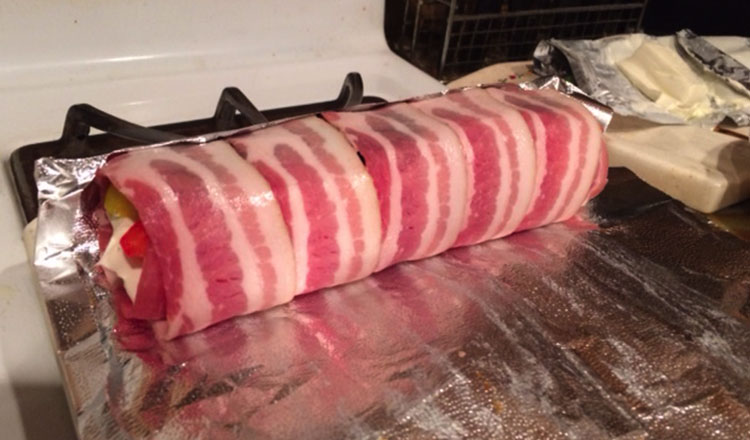 Now, the recipe I got, said to cook this rolł on a smoker for 2 hours. I was very concerned that in 2 hours, the cream cheese would melt, and drip out of the roll. It turns out, my fears were unfounded. (Not wanting to waste perfectly good space in my smoker, I also did a beef rib rack alongside the Bacon Sushi). 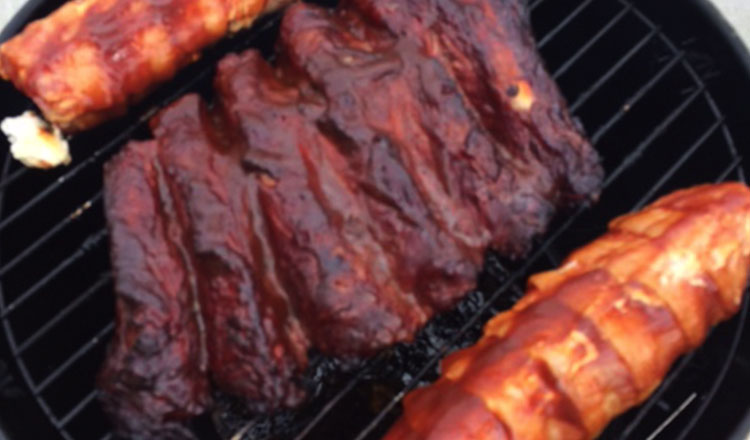 You’ll see that I basted the rolls with BBQ sauce a few times during the smoking process. You could definitely make these on a grill, using indirect heat (the ‘cold’ side of a covered grill).

While it did take a bit of ‘prep’ work to make this, it was a big hit at our house the day I made it, and 2 rolłs weren’t even close to enough for what everyone wanted. I think next time I would make a Kilauea Fire Jalapeño Roll, along with bell pepper rolł, for those with tamer tastebuds. I would also use a bit less cream cheese, but Hey! It’s sure fun trying these things out!