Will This Be The Hottest Hot Sauce In The World?

In lieu of National Hot Sauce Day, the folks over at High River Sauces teamed up with Thrillist and General Electric (yes, GE, you read that right), to create an extremely hot hot sauce. Due early this spring, the limited run of 1000 units will be sold exclusively on Thrillist.

Will this be the hottest sauce in the world? I don’t think so. The sauce will be made with Trinidad Moruga Scorpion Peppers that rank around 2,000,000 SHU on The Scoville Scale for peppers. While it’s no extract sauce, it’s still going to burn like hell. 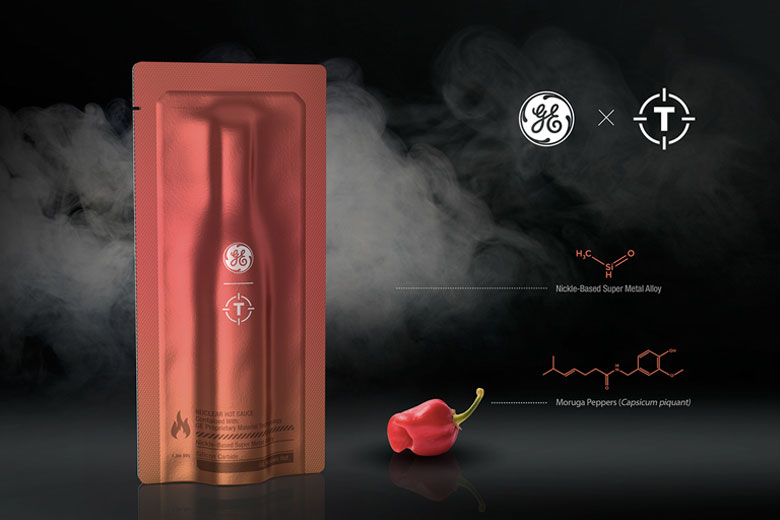 The most interesting thing about this sauce is the technology being incorporated into the packaging by GE. Though not mentioned specifically I’m speculating the bottle and the packaging are going to be pretty bad ass. They are made out of the same materials used in jet engines after all.

The project marries Thrillist’s fiery fanaticism (we really love hot sauce) with GE’s next-gen know-how: they’ve devoted over 3000 scientists to the study of advanced materials that can withstand nearly 3000 degrees, revolutionizing jet engines, locomotives, and turbines (so just imagine what they can do for condiments).

Will this set a bar for how hot sauces are created? I mean, using  a team of “America’s finest thermodynamic minds,” to create a hot sauce sounds pretty incredible. It’s always exciting to see something new on the market.

What do you think?

Article Name
Will this be the hottest sauce in the world?
Description
The folks over at High River Sauces teamed up with Thrillist and scientists from General Electric to create a hot sauce! A REALLY Hot Sauce!
Author
Justin Forrest
Pepperheads For Life